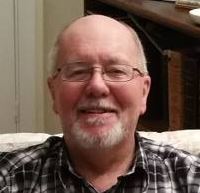 Gordon started the site in 1998, initially with books he had written on the Royal and Dominion Navies of World War 2.
Over the following 18 years, Gordon massively expanded the site to include a wide range of naval history research.
This allowed often hard-to-find and difficult-to-interpret contemporary accounts to be made readily available.
The website was central to Gordon's life.
Through it he was able to pursue his most important goal: to memorialize the brave sailors who served.

Gordon will be missed dearly by his family and friends.

Donations to Gordon's favourite charity can be made here using a credit or debit card.
The site also supplies a phone number and address for donations.

Follow this link for brief details of all 318 ships.

And this link to the archives (go to Vessels, type in name, click on ship, "View all Logs") 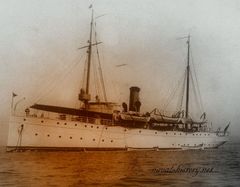 UNITED STATES LOG BOOKS OF THE 19th & 20th CENTURIES, Ships of the United States Navy, US Revenue/Coast Guard Service and US Coast & Geodetic Survey, many in the Arctic and Pacific.

Go to OldWeather.org to help with transcribing.

An "Old Weather" Citizen Science Project involving thousands of people working together on the internet to transcribe weather and naval data. A collaboration that includes Zooniverse, University of Oxford, British Meteorological Office, US National Archives, US National Oceanic & Atmospheric Administration, and Naval-History.Net.
There is now a sister project Old Weather: Whaling, working with the New Bedford Whaling Museum.